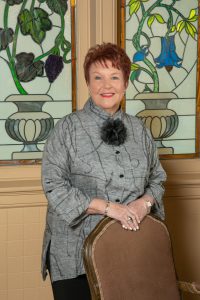 Lorri Molnar is proud to have been awarded the Columbus REALTORS® Broker of the Year for her work as Broker at Keller Williams Capital Partners Realty in Worthington, Ohio. This esteemed honor is recognized as a sign of excellence throughout the real estate industry.

The following is the news release by the Columbus REALTORS®:

Lorri Molnar, 2018 Broker of the Year

Lorri Molnar is the principal broker with Keller Williams Capital Partners and has been helping people buy and sell homes for over 41 years!

She has served on and/or chaired numerous Columbus REALTORS® committees, including 15 plus years on the Residential Education Committee, which she chaired in 2009.

She was one of the founding members of the Leadership Academy; chair of the Leadership Academy Advisory Board and of the Grievance Committee; a member of the Association’s Board of Directors; a MLS Director, representing six Keller Williams offices; and is currently serving a second year on the Broker Advisory Council; and her second term on the Professional Standards Committee.

Lorri was honored as Columbus REALTORS® “Instructor of the Year” in 2008 and 2014; is a recipient the Ohio Association of REALTORS® (OAR) Excellence in Community Service Award; and was the recipient of the RE/MAX Hall of Fame Award, which honors successful agents who have earned more than one million dollars in commissions during their careers with the company. 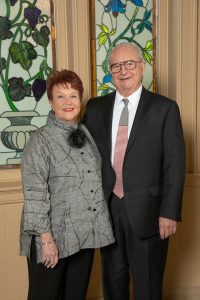 Lorri’s community and civic involvement includes serving as a trustee for the Ville Charmante and the Weybridge West home owners associations; a 35-year volunteer with Twig of Children’s Hospital; and a 40-year volunteer for the Memorial Tournament, where she was named Memorial Tournament “Volunteer of the Year” in 2001. She’s also an Eucharistic Minister at St Brigid of Kildare in Dublin.

Lorri and her husband Ken resides in Dublin. They have two children and five grandchildren.