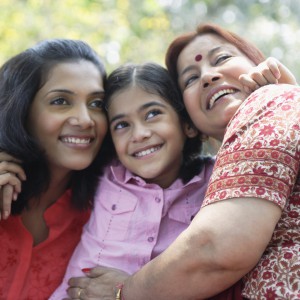 Intergenerational households are on the rise. With families making a shift to stay closer, children taking care of parents, a changing economy, and many adult children returning home, real estate agents across the country are seeing an increase in sales of homes to intergenerational families. Planning and some simple guidelines can help all generation in a family work, play, and live together well.

Gail Niermeyer recently sold a house to a three-generation family that included a grandmother, a daughter, a granddaughter, and a married son with twins. And four dogs.

It’s becoming more common to see multiple generations of people living under one roof, according to Niermeyer, a real estate salesperson in Naperville, Ill.

And statistics point to a rise in such living arrangements. A Real Estate study found that in the prior 12 months, 37 percent of sales professionals who responded to the survey had seen an increase in homebuyers seeking property to house more than one generation of their family.

Almost 70 percent of respondents believe that economic conditions may cause greater demand for such homes over the next year.

And after a significant drop in multigenerational living arrangements between 1940 and 1980, the Pew Research Center is seeing a trend reversal.

In 2008, an estimated 49 million Americans (16 percent of the total U.S. population) lived in a family household that contained at least two adult generations or a grandparent and at least one other generation. In 1980, this figure was just 28 million, or 12 percent of the population, according to Pew.

A tough economy, more elderly parents needing care, a larger immigrant population and a rise in the first-time marriage age all are contributing to the change.

For some, it just comes down to family bonds. “Many want their children to know their grandparents and have a sense of family,” observes Niermeyer.

If you’re thinking of such an arrangement for your family, here are some real estate considerations:

Observers do warn that such living arrangements can be rife with conflict. “Practicing effective communication principles and utilizing a family meeting format, the three Rs–rules, roles and resources–need to be ironed out before the blending of generations occur,” comments Richard Horowitz, a New Jersey family and relationship coach (www.GrowingGreatRelationships.com), who gives seminars on effective intergenerational households.
His rules of thumb include:

Niermeyer notes that it can be wonderful to have an entire family living together. “For the senior, it can be a source of pride that they’ve raised a loving caring family that wants to be together. You just have to make a pledge that it’s going to work.”