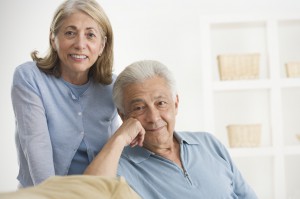 Have you considered whether you live in an age-friendly area, or thought about accessible cities for your retirement or for an aging parent? Many of us have considered universal design principles when updating our homes, but your neighborhood and city need to be accessible and accommodating as well. From good public transportation, safe sidewalks and crosswalks, to businesses and communities that are welcoming, there’s so much to consider. Interested in what to look for? Read on!

By 2030, one out of every five people in the U.S. will be age 65 plus. How well those seniors will live depends greatly on the environment both inside their houses and outside. By incorporating universal design principles, people can make their houses more age-friendly. But seniors’ quality of life can be diminished if the larger community doesn’t provide an environment and services conducive to aging in place.

The World Health Organization’s (WHO) Age-Friendly Cities Initiative has established comprehensive guidelines to help cities assess their age friendliness and make certain that they’re providing an environment where seniors can live a full, engaging, and high-quality life.

Cities around the globe, including, Udine, Italy, Ponce, Puerto Rico, and Himeji, Japan have joined the WHO network and have adopted strategies to eliminate barriers to aging in place.

Various efforts to make cities and town age-friendly are happening across the United States too. Among them are Brookline, Mass., Larimer County, Colo., and Portland, Oregon.
Some efforts are broadly supported and funded and managed by government entities. Others start with small grassroots community groups or academic institutions.

New York City leads the way
New York City, for one, has developed a comprehensive program that started in 2007 when it became the first U.S. city to join WHO’s network.Age-friendly New York City (NYAM) is a collaboration among the Office of the Mayor, the New York City Council, and The New York Academy of Medicine.

NYAM’s first step was to go into neighborhoods with a high concentration of seniors and just talk to residents and capture their views about what they liked, what they needed and in what ways the neighborhoods were falling short.

Based on those interviews and focus groups, NYAM developed its plan to make the city more age friendly. “This process was extremely important and gave us a baseline assessment,” comments Caitlyn Smith, NYAM’s Strategic Assistance Coordinator, Age-friendly NYC. “It continues to inform our work today.”

Some of NYAM’s initiatives are citywide. Others are tailored to specific needs of a neighborhood in the city’s designated five Aging Improvement Districts in the Bronx, Brooklyn, and Manhattan. “Lots of projects start in aging improvement districts and then are expanded into citywide programs,” says Smith.

In addition, some successes are quantifiable and other efforts are measured anecdotally.
Danger, convenience, recreation

Across the city, for instance, the Department of Transportation (DOT) has been redesigning the most dangerous intersections and crosswalks for seniors in an effort to reduce injuries and fatalities.

The strategy started in five neighborhoods. The city found that retiming crosswalks and adding islands, for example, reduced injuries between 9% and 60%, depending on the intersection. Once DOT saw how successful such redesigns could be, it rolled out a citywide plan.
Smith points to another program, Senior Splash, which reserves a certain number of hours at public swimming pool time exclusively for seniors’ use. “One woman likes going for her arthritis because it’s a tool for soothing her pain,” comments Smith. “She also like the community aspect of the program because it gets her out and socializing and she’s made friends at the pool.”

And in Bedford-Stuyvesant, NYAM is working with a neighborhood improvement group, to go door to door to ask businesses to make their environments more senior friendly.

The recommended modifications are often small and no or low cost. For instance, a retailer could stock the most commonly purchased items on low, easy-to-access shelves. And putting in chairs where seniors can sit and take a break or making wider aisles that are easy to maneuver are other tactics that cost little but make a difference to senior clientele.

Staying ahead of the curve
New York City’s program is an example of one done on a grand scale. But every city and town can benefit by making age-friendly upgrades, believes Smith.

Just as it is with universal design for homes, everyone, not just seniors, benefits from age-friendly changes. For example, more benches scattered around public parks help mothers with small children and joggers who need a rest. Longer lights at crosswalks, for example, assist others – a teen on crutches who is recovering from a sports injury or a businessperson using a wheelchair – to safely cross intersections too.

“The population of the world is aging at an unprecedented rate this is something that we really need to be thinking about. Before, if you addressed age-friendly initiatives, you were a leader. At this point, those cities that aren’t thinking about age-friendly practices are behind the curve,” says Smith.

To understand the resources and initiatives that that the cities of Columbus and surrounding areas have in place, contact me, I’m a Senior Real Estate Specialist (SRES) in the NW Columbus area.